Please join us for the upcoming lecture series by Eyal Weizman titled “Political Plastic”. The lecture series is hosted by the School of Architecture at the University of Technology Sydney and the MAA Urban Design.

Eyal Weizman is an architect and director of the Centre for Research Architecture at Goldsmiths, University of London. He studied architecture at the Architectural Association in London and completed his PhD at the London Consortium/Birkbeck College. Since 2007 he is a member of the architectural collective “ decolonizing architecture” in Beit Sahour/Palestine. Since 2008 he is a member of B’Tselem board of directors. Weizman has taught, lectured, curated and organised conferences in many institutions worldwide.

His books include The Lesser Evil [Nottetempo, 2009], Hollow Land [Verso Books, 2007], A Civilian Occupation [Verso Books, 2003], the series Territories 1,2 and 3, Yellow Rhythms and many articles in journals, magazines and edited books. Weizman is a regular contributor and an editorial board member for several journals and magazines including Humanity, Cabinet and Inflexions. Weizman is the recipient of the James Stirling Memorial Lecture Prize for 2006-2007 and was chosen to deliver the Edward Said Memorial Lecture at Warwick 2010.

I’ll be appearing with Weizman during his final Sydney event on 15 September: 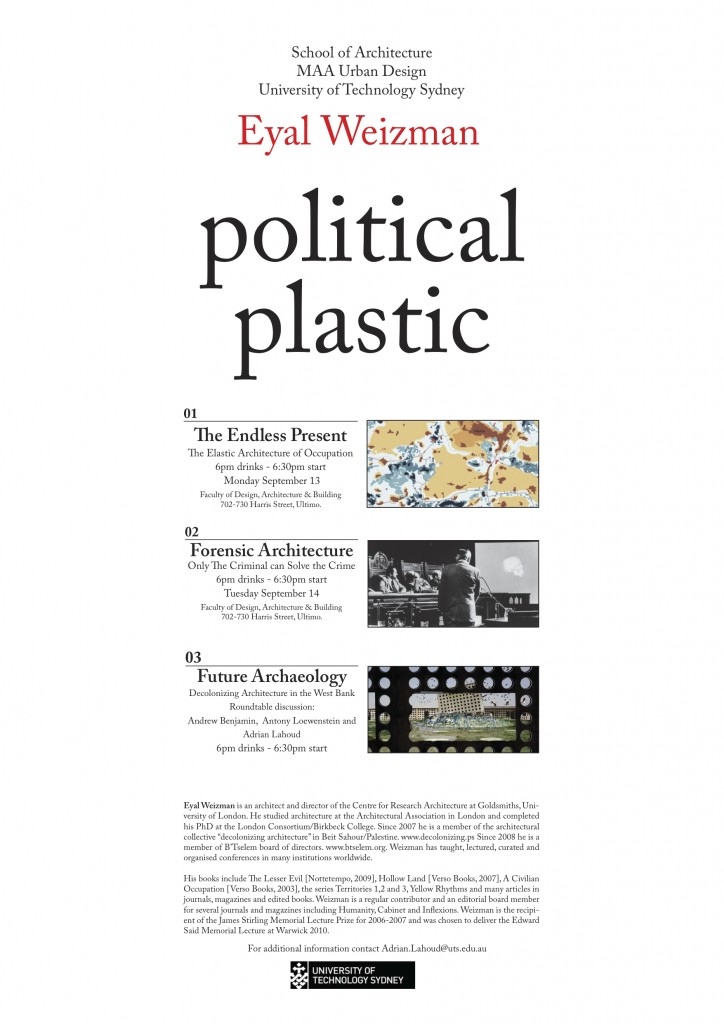