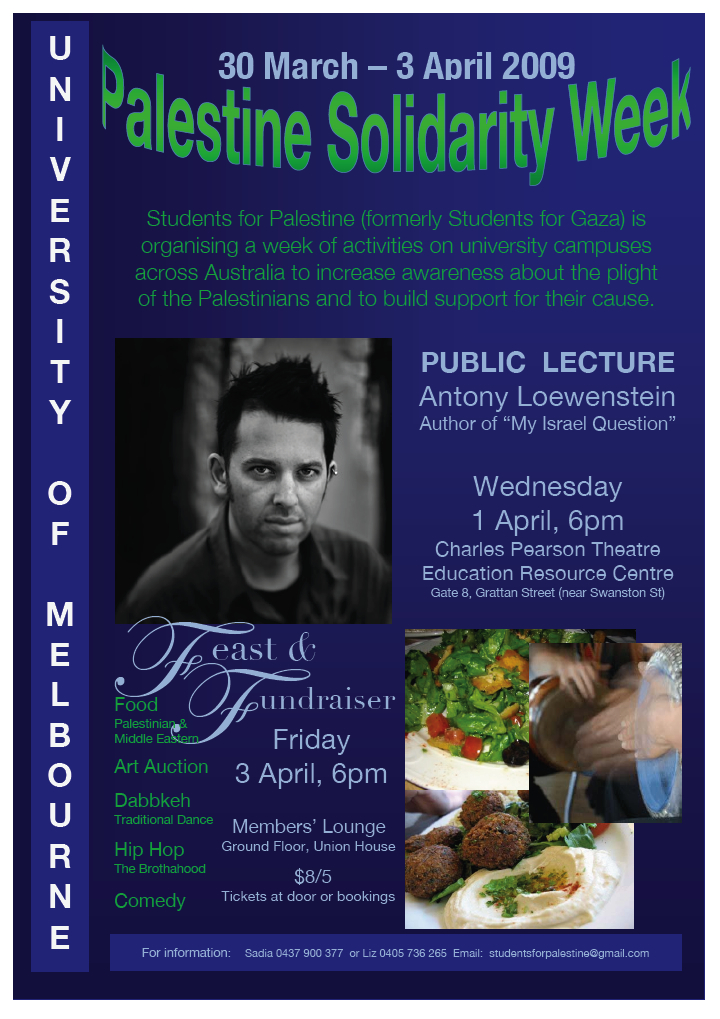 I was sent the following email earlier in the week, in Hebrew – “I am a Jewish Australian- Israeli student at Melbourne Uni. I served as a tank commander in the IDF, with pride – and my friend translated the message:

I couldn’t ignore your posters that are all over the university. It’s a shame that a Jew like you humiliates his people and foments so much anti-Semitism. It is people like you who are the cause of so much hatred towards Israel. Even the left in Israel wouldn’t think of committing a crime such as yours.

It is you, the Socialist group, weak and ignorant, that are using emotional manipulation via selective information.

My dear Antony, there has arisen a new group at the university called ISF [Israel Stands Forever], whose aim is to fight and shut the mouths of people like you.

Of course this is all in the spirit of politics and civility.

I’m struck by the explicit goal to “shut the mouths” of people they don’t agree with. I mean, it’s such a bizarre and explicit totalitarian reaction and they have no consciousness at all of their mirroring fascist mentality.

BBC reporter gets “access” with Israel to “report” Mavi Marmara

Jews hidden in dark corners around the world, like Yemen

Netanyahu and Mossad head will be watching where they travel