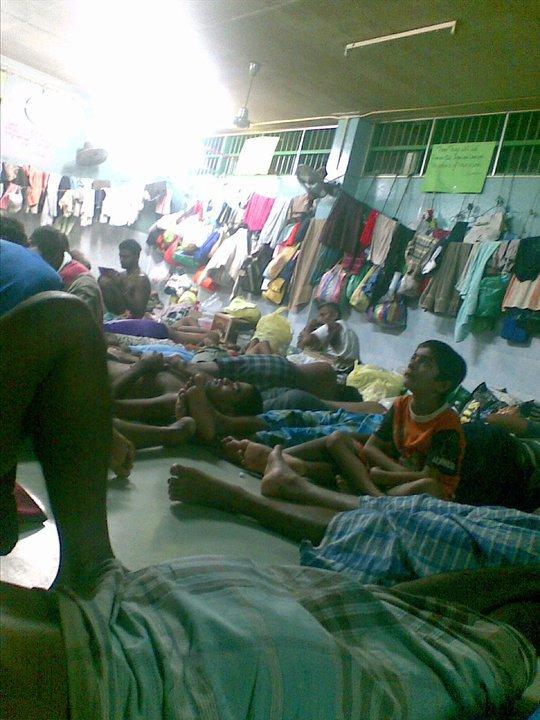 It is… sad that people who seek asylum… are locked in extremely crowded cell 24 hours a day 7 days a week for… several months and sometimes years.… This is cruelty. Let’s all pause a moment to look at the photos and see what we can possibly do for them.

Crowded immigration detention cell in Bankok, Thailand. 128 Tamil asylum seekers were detained in October 2010. This includes 36 children (18 of them are under 4), women and men. They are asylum seekers, but treated worse than criminals and worse than animals!
This includes a photo of a little boy sleeping next to his father in the Bankok Immigration detention cell. His crime? – being born a Tamil and his family having had the guts to flee a genocidal regime.
As these photos were taken of the men’s cell, there are no pictures of the women or more kids as the kids would be with their mothers.
Let’s take a few minutes to consider their plight! Hope Ms Gillard understands what an Asian or Pacific solution will result in. Let’s think about how each of us can do something little to make a difference.

Building a Nazi-style utopia in Paraguay

Hello America, my name is Australia and we’d love to help you isolate Wikileaks