Following last week’s open letter and petition to the Australian Greens informing them that a serious party dedicated to human rights wouldn’t work with Israeli-government backed electric car companies in the name of being green, Greens leader Christine Milne has responded: 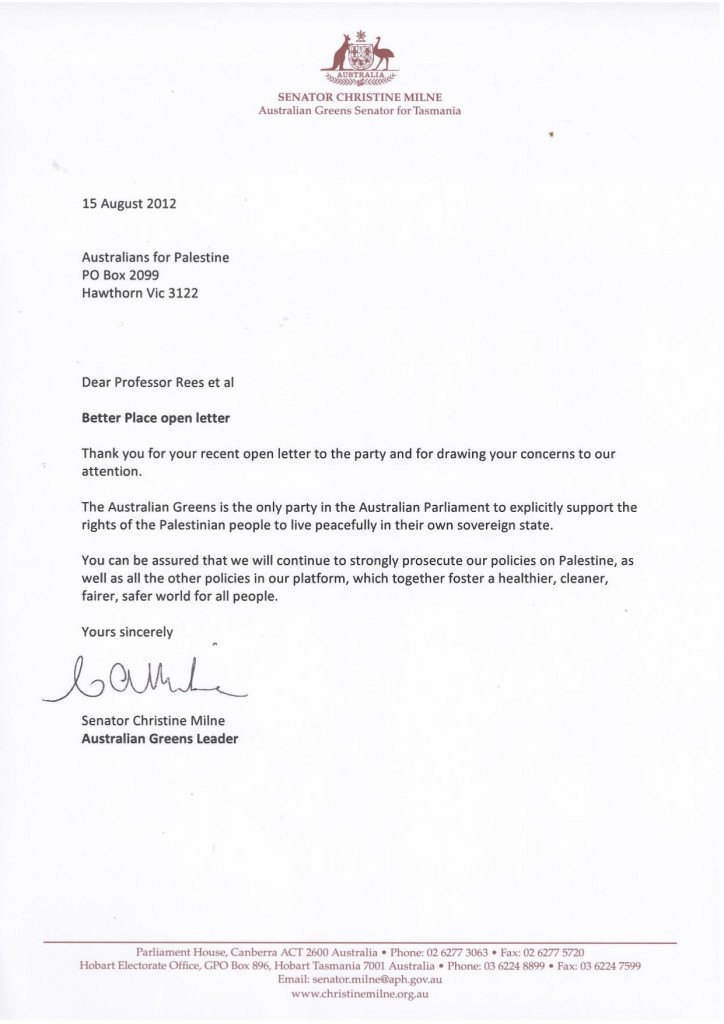 Sadly, this letter is totally unacceptable and completely misses the point. Every major political party in Australia says it backs the creation of a Palestinian state but in reality only pays lip service to the idea, blindly backing Israeli apartheid. The Greens have over the years sometimes made critical comments about Israeli policies but Milne’s response – and I hear from sources in the Greens that many members across the country are very concerned with the leadership’s apparent willingness to ignore human rights concerns over Israeli companies – implies that they are either ignorant or wilfully forgetting the evidence. Israeli company Better Place both operates in occupied Palestine and contains senior members with serious allegations of war crimes against them. Doesn’t this bother the Greens leadership?

If it doesn’t, they’re more tone-deaf than I thought and they can expect a heightened public campaign against them about the issue. Being a party with principle matters otherwise voters should just vote Labor or Liberal.

When words in the Middle East have no meaning

Failure is no longer an option