2011 has been a Fox News year with a Muslim American President, socialism in the class room, terrorists in the White House and: 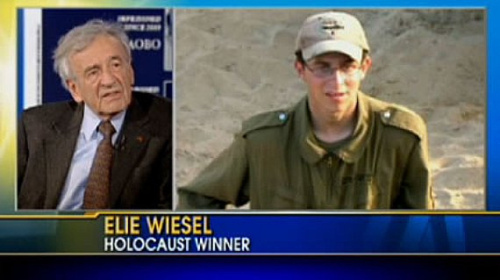 Elie Wiesel, Mr Murdoch, is a Holocaust survivor but he has used his fame to care about all kinds of causes (including, according to Norman Finkelstein, exploiting groups and firms involved in the genocide) and caring little about the Palestinians.

His supposed love and affection for humanity has its limits.

Jews who see war through the eyes of Tel Aviv