This is sent to you with great hopes of triumph, peace and liberty for 2010. The image below was taken a few days ago and is of a group young Iranian climbers on the summit of Alborz. The banner that they hold reads “in memory of Neda and Ramin and the all the Shohada [martyrs] of the wars, streets and prisons”.

This salutation from the highest summit in the Middle East glorifies a new generation’s Shohada or Islamic martyrs. They are not the vile suicide bombers that marred the last decade. Their Shohada are philosophy student “Shahid Neda” Soltan as she is often referred to. Or… 26-year-old doctor… Ramin Pour’andarjani who died of poisoning after his refusal to sign falsified death certificates at the Kahrizak detention center; Or the 19-year-old Mohsen Ruholamini, a member of the conservative student basij who died in the same centre after protesting against election fraud.

They are Iran’s non-violent Shahids who have died for liberty and justice and by their sheer numbers inevitably herald new beginnings for the region. 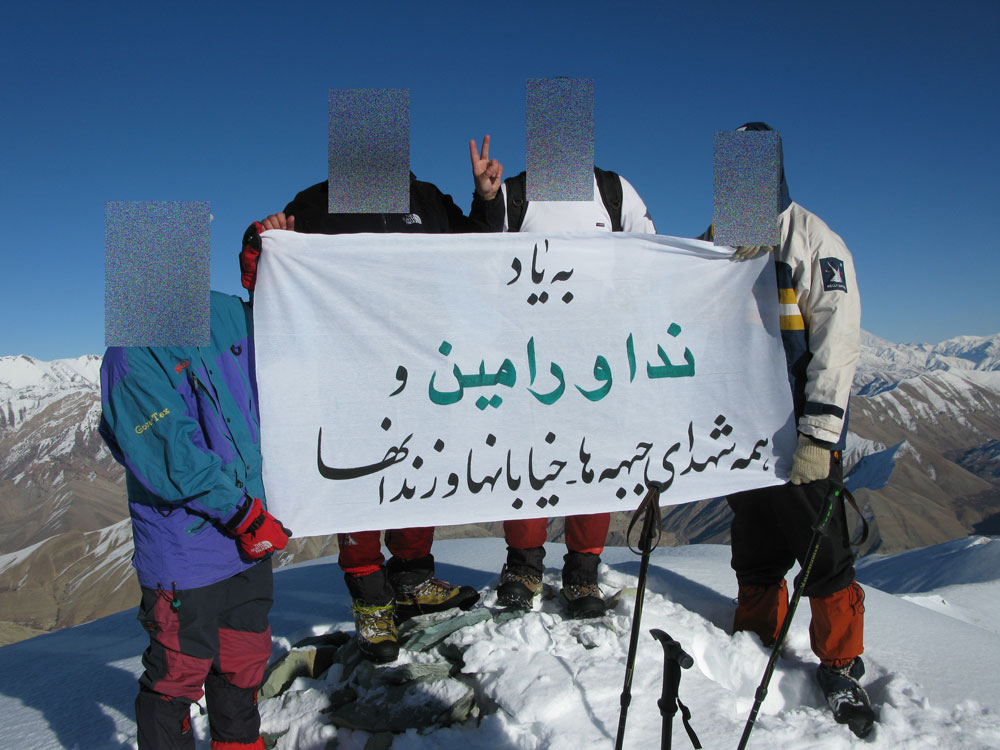 This is not the way to lead Iran

Voice of Russia interview on asylum seekers and privatisation

Nokia and their mates in Tehran