Malcolm Evans is one of New Zealand’s leading cartoonists (I spent time with him in Auckland earlier in the week.)

He used to be employed by the New Zealand Herald but after drawing a handful of cartoons critical of Israel, such the one below (and note the then editor’s comments alongside), he no longer worked for the paper. Indeed, I’ve been told that not one Israel/Palestine-related cartoon has appeared in the newspaper since 2003: 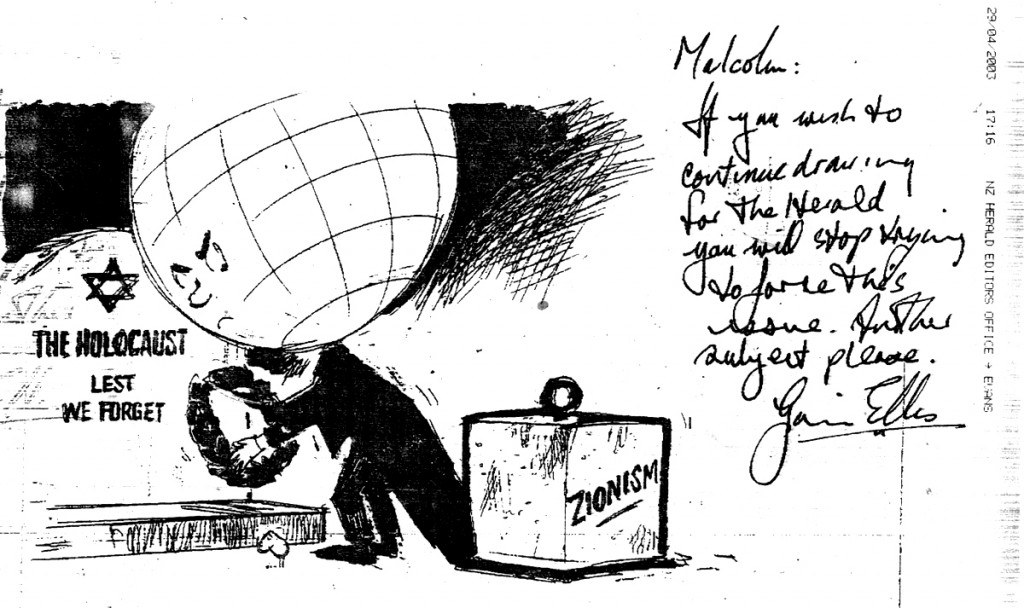 Welcome to the reality of the Zionist lobby and gutlessness of some in the mainstream media.

Let us see this Gaza ad