I spoke last night to a packed room of around 170 people at Sydney’s Imam Husain Islamic Centre (all photos here): 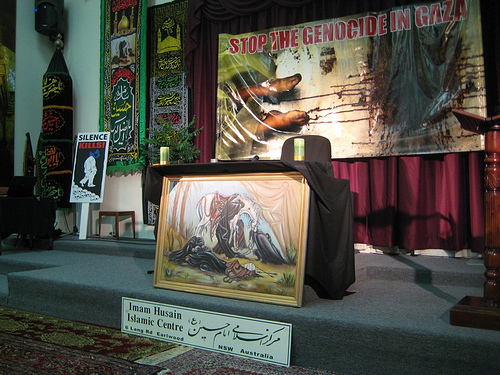 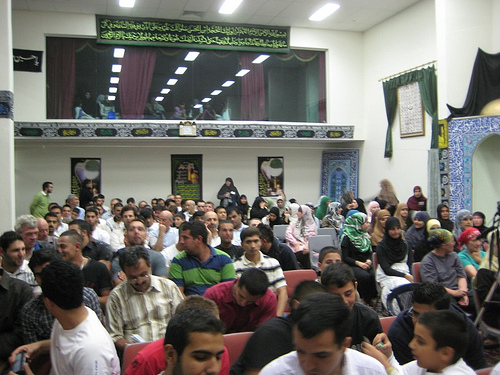 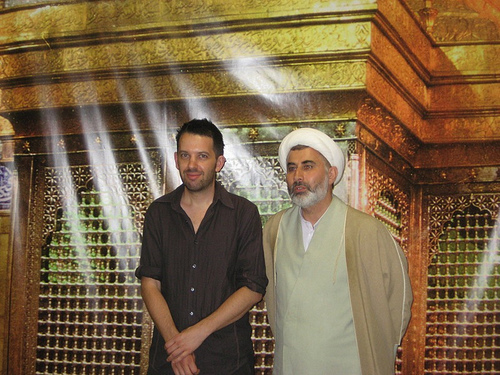 I was honoured to engage with a large Muslim audience (as I was told that the idea of a Jew speaking to such a group happened rarely, if ever, due to the fear of Jewish leaders discussing Israel/Palestine with a non-Zionist crowd.) Before I started, a couple of kids looked at me directly and asked, “Are you really Jewish?”

A number of prayers from the Quran were sung and then Father Dave introduced me. I spoke about my own personal journey to anti-Zionism, the differences between Judaism and Zionism, the reasons behind Israeli settlement building (a just-released report in Haaretz reveals the criminality of the entire enterprise), how Muslims could have their voices better heard in the Australian media and the role of Independent Australian Jewish Voices. I thought it was important to gently chastise the Muslim community for their often-disorganised attitude towards public debate and journalists. The media had to be directly pressured, I said, rather than criticised amongst friends. The Zionist lobby knows all about this.

The centre was gender-separated, with men sitting on the left hand side of the room and women on the right, all wearing hijabs. It was a respectful event, as evidenced by the long question and answer session (I spoke for over two hours). The questions varied from “whether anti-Semitism really existed?” (yes, I said, and Israeli aggression undoubtedly increases hate crimes against Jews), the real significance of the Gaza war, the possible shift in focus by President Obama and reducing the tensions between Muslims and Jews over the Middle East question. A volunteer told me after the event that he would love to invite a Rabbi who thought like me to address the centre.

My general sense of the evening was that people were angry, frustrated and feeling impotent. How much longer can Israel get away with its crimes? And what can we do about it? I explained that I believed the Gaza war had cost the Jewish state many friends and a campaign of boycott, sanctions and divestment was worth investigating.

I heard no anti-Semitic comments or anything disrespectful towards Jews. At the end of the night, the Sheik said he was pleased that I had constantly revealed the differences between Judaism and Zionism. After all, if many Jews deliberately conflate the two, who can blame others for doing likewise?

I was literally mobbed after the event, by both men and women, keen to continue the discussion, asking how to better approach the media, journalists and politicians. A question I heard over and over was why most of the Western media seemed to unconditionally support Israel. Holocaust guilt, the arms industry, a perceived connection to the Jews and other reasons are all key issues, but global pressure could shift this unhealthy relationship. Israel is a country like any other, and should be treated as such.

Speaking at such events is highly instructive. Profound ignorance certainly exists in the Muslim community towards Jews and Israel, and I believe it’s important that such confusions are discussed and resolved. Hearing a Jew speak to these kinds of gatherings puts a human face to a conflict that fires the Islamic world like no other.

Building a new kind of Judaism