Just some harmless, racist fun by Israeli soldiers in Gaza: 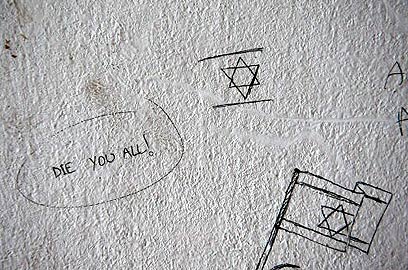 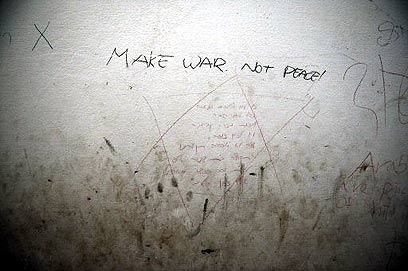 Residents of the Zeitun neighborhood who returned to their homes once the fighting in the region was over discovered that their walls had been marked with slogans such as “Die you all,” Make war not peace,” “Death to Arabs,” “Arabs must die,” and “One down, 999,999 to go.”

Another day and another example of extreme Zionist racism against Arabs

Remember MSM role over war; what the state says we report